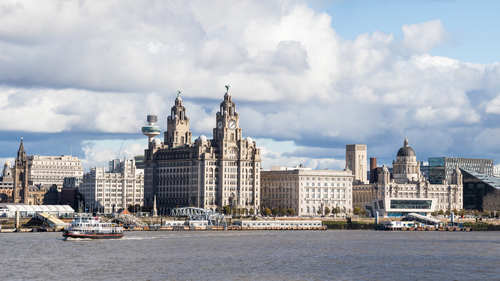 The city has great transport links for Liverpool couriers (water, road, air and train) and remains one of the most famous cities in Britain. By the early part of the 21st Century, Liverpool was proud to be recognised as a centre of culture thanks to its distinctive architecture, art galleries and historic artifacts. Tourists still flock to this north-western English city to experience the nostalgia of the rock and pop music scene which swept the world in the 1960’s. Indeed, to a certain extent, the Beatles have overshadowed the richness of Liverpool – in fact the name “Liverpool” is still almost interchangeable with its famous sons, 50 years after the group broke up. But Liverpool offers much more than great pop memories.

Due to its strategic location (at the mouth of the River Mersey), Liverpool grew as an important port during the 19th century and the industrial revolution. As well as the port of choice for imports and exports, it was also highly renowned as the major port of departure for British emigrants leaving for North America.

Today, Liverpool is very much like other cities in the UK in that the service industry is central to its economy. With the tourist and leisure industries playing such a large part in keeping Liverpool thriving financially, it is impressive that is considered one of the 100 most visited cities by international tourists. The 19th century was focussed on shipping and manufacturing, the last 50 years or so have seen the birth of tourism. In the 21st century, industry has seen the rise of other diverse industries. In fact, according to recent statistics, 60% of employment was in public administration, health, banking, finance and insurance.

Liverpool’s port facilities are still a major factor encouraging commerce and trade are very important for Liverpool couriers. Also, from the point of view of the tourist industry, the port is unique in that its cruise liner terminal is central to the town. This means that cruise ships are able to berth right in the centre of the city. This of course gives international tourists immediate access to the culture, bright lights and charm of this northern Lancashire attraction. The fact that other industries are definitely thriving in Liverpool does not detract from the fact that the port is still one of the most important in the United Kingdom.

Because of its facilities as a port through history, Liverpool is now home to wonderful diverse buildings and architecture which no doubt, once upon a time, were the headquarters of Victorian shipping and insurance businesses. The city has its own commercial district which at one time allowed associated shipping business administrators to plight their trade centrally and easily.

The Centre Of A Great Road And Train Network

Liverpool has an extensive public transport network which includes buses, trains and of course the famous ferries. The M62 connects Liverpool with another major northern town – Hull and the M6 and M1 provide connections with the second largest city in the UK – Birmingham. Locally, the Wirral tunnels and the Runcorn Bridge allow road crossing of the Mersey and easy access to other areas such as the Wirral Peninsula, Wallasey and Birkenhead. There are of course good connection with North Wales. The train network is also prolific – Merseyrail provides the local train network and Network Rail provides access to towns and cities across England.

At Same Day Dispatch Ltd we work with the very best couriers local to the UK and globally. With wide experience of Liverpool delivery projects and with a huge and diverse network of Liverpool couriers, we can customise our service to your specific business needs. You can contact us on 0800 999 1010 or you can get a quote now by clicking here

This entry was posted on Thursday, September 9th, 2021 at 8:10 am and is filed under Courier Services, International Couriers, International Freight Forwarding, Parcel Delivery, Same day courier services, Supply Chain. You can follow any responses to this entry through the RSS 2.0 feed. You can leave a response, or trackback from your own site.