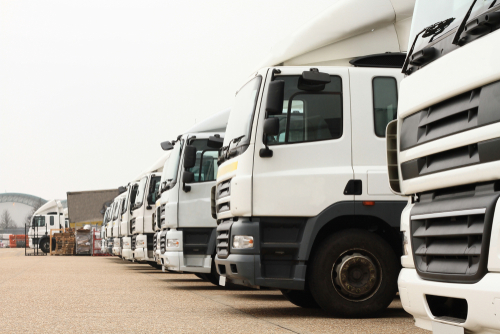 It seems a pity that we have to wait until a crisis hits before we are forced to recognise the importance of some very overlooked jobs. HGV drivers (or couriers!) rarely get a thought when exciting new products hit our supermarket shelves. In fact, they don’t. The only time they really come to mind (unless you are the manager of a supply chain) is when an arctic monster is seemingly blocking your way on the motorway. But what would we do without them? With the current shortage of HGV drivers – the effects of which is sweeping the UK – the consumer and the business manager is finding out fast.

Which Industries Are Affected?

Driver shortages is having an effect on how products reach the shelves of your favourite supermarket. The crisis is playing havoc with supply chains and the ability of couriers to get deliveries to destinations on time. And it’s not just supermarkets who are feeling the pinch – some pubs are complaining that they are now lacking the supply of certain brand beers. For a short-time, a well-known restaurant chain had to close simply because it did not have the ingredients to cook meals to an acceptable standard.

Petrol too has been affected. One of the biggest brands – BP – has had to close a number of its UK sites because it could not offer petrol and diesel. But it is perhaps the manufacturing industries who are being affected the most. For the consumer, at the moment, this tends to go unseen as it is parts of products which are not being delivered to factories. This includes furniture, car parts, electrical goods, cement and timber.

Origins Of The Crisis

A recent estimate by the Road Haulage Association has stated there is now a shortage of more than 100,000 drivers across the UK. Both Covid and Brexit have played a part in the crisis. As restrictions took a hold during lockdown, tens of thousands of European drivers decided to go home and have never returned due to new Brexit regulations.

The UK industry of course tried to fill the employee gap but the pandemic also caused a backlog of HGV drivers tests. Consequently, there has been around 25,000 fewer candidates for the test in 2020 than in 2019. EU nationals have also turned their back on UK HGV courier jobs because the value of the pound has fallen since the UK left the single market and because recent tax changes make it more expensive to work in the UK

Perhaps the one good thing about the crisis is it has brought the HGV drivers into the spotlight. Haulage companies are quick to point out how vital HGV drivers are to the UK economy. Hence, unions are looking for much better conditions for their employees. With an average age of 55 for HGV drivers, it is generally felt that there is a real need to attract younger UK drivers and couriers. There is also a strong feeling that pay should be increased.

Government And Private Businesses Try To Solve The Problem

Both private companies and the government are looking at ways to ease the problem. For instance, Tesco is offering drivers a £1000 joining bonus while Aldi has increased wages for drivers. The government on the other hand has met criticism with its decision to increase the amount of hours that a driver is allowed to be on the road (from 9 hours to 11) without taking a break. Many commentators feel this is a risk to health and safety and will only ease problems in an indirect way.

Here at Same-Day Dispatch we are in the fortunate position where we partner with a network of HGV drivers and couriers so we can always offer our renowned services nationally and globally. To learn more or to obtain a quote click here

This entry was posted on Thursday, September 16th, 2021 at 8:10 am and is filed under Courier Services, International courier service, Parcel Delivery, Same day courier services, Same Day Delivery, Supply Chain. You can follow any responses to this entry through the RSS 2.0 feed. You can leave a response, or trackback from your own site.